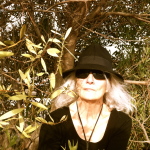 I’ve been writing since I was eight when I pencilled a short story, which my mother promised to send to the Australian Women’s Weekly magazine.

Decades later I found the crumpled pages of my unsent story buried under a pile of jumpers at the back of my mother’s wardrobe. Rereading the faded prose, I was grateful my mother had wisely decided not to post it.

I’ve since authored books and contributed to anthologies, magazine and journal articles and columns, and multi-cultural writing including short stories, essays and papers. As MindBody complimentary therapist, I helped pioneer the ground-swell of mind body medicine in Australia in the early 1980’s and later established Five Minute Retreats, an innovative retreat concept intended to promote and sustain ongoing health and wellbeing.

My early life in a large inter-cultural family blended and contrasted with the outdoor ‘sun ‘n surf’ life of Australia, and provided me with roots grounded in eastern and western traditions and a passion for other cultures. Having lived on three continents, I maintain a deep interest and involvement in inter-cultural integration, particularly valuing the power of story – from the personal to global – to help reveal footprints and shape lives.

A ten year odyssey to uncover my hidden heritage opened enriching and surprising worlds as I tracked my father’s and grandparent’s footprints over the mountains of Lebanon and China, through the Vatican City to the alpine High Country of Australia.

My creative and daily life inspiration comes from nature and my family.  I love to walk and cycle in local and faraway landscapes and  Walking The World Adventures, all the while writing the journey.