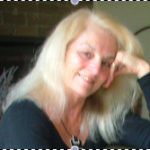 Where Many Waters Meet

When two Indigenous people meet for the first time they ask, ‘What is your Dreaming?’ – Who are you, who is your family?

Deprived of their Dreaming a person has no tribal identity, no connectedness, no belonging. Family roots are as important as the spirit of the land. 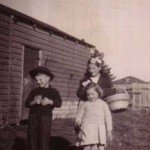 The journey to my Dreaming began one hot summer morning when I was eleven years old. My mother called me to the laundry outhouse and locked the door. She knelt and whispered, ‘Listen carefully, Hannah. I have something important to tell you. You’re not Irish. Your grandfather was Lebanese and your grandmother was Chinese. You should be proud of this, but you mustn’t tell anyone that you know, especially not your father. It’s to be our secret.’

‘Why a secret?’
‘People don’t like you to be different. They want you to be Australian.’
‘Does this mean that I’m not Australian?’
‘Yes, you’re Australian, too, Hannah.’
‘But how can I be all those things?’

Mother bundled the now crumpled clothes into the laundry basket, opened the outhouse door and, tucking the basket under her arm, walked back to the house. I hung back and counted the strands in the spider’s web dangling from the ceiling.

And when he died I did what most eleven year-olds would do. I bundled my mother’s secret into a drawer of my subconscious, locked it, and threw away the key.

I didn’t know then that this drawer would always slide open when I least expected or wanted it to. And decades later I set out on a pilgrimage to discover my tribal identity, my sense of belonging.

If my father loved me I was unaware of it. I had few memories of a father-child connection. He was the patriarchal and detached figurehead of our large and isolated family of ten. With few outside friends we relied on each other for social interaction. It was as if we’d been plucked from nowhere and placed in the outskirts of Melbourne, Australia, with no background, no roots, and no memory.

Any remaining family elder wrapped their silence and their fear around them like a cloak, adamant that we were not ‘foreign’, that the past was a dangerous territory, one that should not be navigated.

‘Look to the future’, the elders repeated. ‘The future’s the only safe place.’

They didn’t understand that I could not go forward until I’d gone back.

If I wanted to uncover my hidden heritage and find my father and grandparents, I needed to approach it the way Michelangelo created David.  ‘I did not create David,’ Michelangelo said. ‘He was already in the stone. I simply stripped away the outer layers so that he could reveal himself.’

Peeling away 150 years seemed an impossible task. Stories and history float around the ether only to disappear or change when examined, so instead of traditional research, I searched for and followed each lead that presented, no matter how insignificant.

I drove through the Snowy Mountains to track my father’s footsteps. I tried to catch the scent of him upwind as he darted and dashed through my jungle of memories, always eluding me right at the moment of catch. Like a hunter I stalked my prey, lured by the anticipation of finding him, yet afraid of bringing him to life.

And so it was that for a brief moment on a spring Tuesday afternoon in the high country township of Nimmitabel at the foot of the Snowy Mountains, I caught the sound of my father’s footsteps in the breeze. His image stopped mid-flight. He turned and faced me. He came closer, closer. I heard his voice. Then he vanished.

Later that afternoon an old Chinese man with no front teeth and with skin as rugged as the mountains in which he lived, dragged a dusty magenta-coloured photograph out of a box that had lain buried and forgotten in his tool shed. In the photo my grandfather stands outside the Vatican. He’s dressed in his soutane, hands folded in front of him, his face inscrutable.

A crucifx on a chain lay half-hidden around his neck and, on the back of his right hand is the tattoo of a dagger.

I studied that photo for a long time trying to bring to life the grandfather I never knew. But  I soon realised that I was looking for him in the wrong place. The soul of a man is revealed, not by a black and white two-dimensional image. A man’s soul is brought to light by the songs he sings, the stories he tells, and by what he passes down.

From Nimmitabel in the Australian high country, through China, the Vatican City and finally to the mountainous village of Mashghara, the place where ’many waters meet’, my father’s shrouded story revealed itself and I reclaimed my sense of place and belonging.

I’m not sure how my father might feel about my tracking his footprints. But I’d tell him that ancestral roots grow deep and are not so easily forgotten. I’d say that our stories are whispered across the deserts and passed down the centuries through memory and genes, and by the distant echoes of our forefathers.

I knew my father for eleven years and one week, but it was long enough for him to impact my life, as much by his absence as presence.

I imagine him sitting in the night air on a terrace in Machghara. He and my grandfather are drinking a rakwee of coffee , Together they watch the moon rise over Mount Hermon and spread its dark, fiery colours across the grapevines, the fig and apple trees, and the sleeping children of the village.

I hear my grandfather speak into the night air. ‘One day, my habibi, one day when you are far away from Lebanon, you will realise that a man can no more forget the footprints of his father and grandfather than a river can forget its source.’